How To Make The Most Out This Year’s Black Friday

It’s coming round to that time of year again! The nights are drawing in, the temperature is dropping and the sense of impending expenses that go along with the festive season rapidly approaching. Now is the time to get ahead of the Christmas rush on the high street with a spot of online shopping. If you have been living under a rock for the last decade then you could have missed out on some great Black Friday deals.

For those who don’t know what Black Friday is, it is essentially a massive online sale with multiple high street brands cutting their prices to get you a great deal before the holiday season! Black Friday started in the US and is the Friday immediately after the Thanksgiving holiday, so this year Black Friday is on November 23, 2018.

Just four days later it’s Cyber Monday 2018, so that will fall on Monday, November 26 if you’re looking to mark your diaries.

Things to expect on Black Friday:

This is the best time to start getting your loved ones those big presents, especially items like consoles and TV’s which see huge reductions at this time of year. Don’t get carried away though, some items look more enticing just because they have large reductions but you may not need or even can afford to purchase it. Be savvy and don’t fall into the ‘must buy it because it’s reduced’ hype! Black Friday falls between paydays here in the UK so it’s very unfortunate if you’ve already splashed the cash before the big day, but if you’ve budgeted well and have some cash to go and get those early Christmas presents then this is the weekend for you.

Don’t worry if you miss out on this Friday’s deals, Cyber Monday falls on the following Monday after Black Friday and can, in some cases, offer greater reductions than that seen before the weekend. If you are a fan of online shopping then you’ve probably already heard of this massive online extravaganza, with online deals being cut more than half in some stores. Keep a look out on the internet on Monday 26th November for some draw dropping deals!

Get out there and snatch up some great deals! 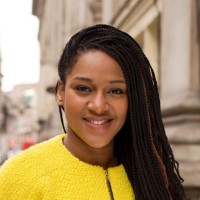 Yasmin investigates all the little ways people can maximise saving and minimise spending in every aspect of their daily life- including techniques to make money without leaving the sofa!

Cheap Winter Meals to Make for the Family