The team at YMS have done the hard work for you, scouring the internet for the best Black Friday deals. All that’s left for you to do is make huge savings! But before we list the best offers and you start your shopping, we have a few pointers that will help you spend your money wisely.

Black Friday is already live, and runs until Sunday 26 November. Online promotions can be found here. The best deals we can find are 20% off Sony, Samsung, Motorola, Wileyfox and Nokia smartphones and up to 31% off TVs.

The online electrical goods specialist began a fortnight of deals on 13 November. Online promotions can be found here. The best deals include De’Longhi Eletta Cappuccino Bean to Cup coffee machine for £399 and KitchenAid Artisan stand mixer for £299.

Argos launched two weeks of deals on 15 November- online promotions can be found here. There are discounts on more than 60,000 including up to half price off toys, 25% and buy one get one half price on jewellery. Top deals include a Dyson V6 Absolute cordless handstick vacuum cleaner for £240 and Zinc Smart X hoverboard for £50.

Expect the e-tailer to knock 30% off pretty much everything, as it has done for the last three years. Online promotions can be found here.

The mobile phone store began its 18-day Black Tag sale on 17 November, both instore and online here.  The best deal we can see is £200 off the Samsung Galaxy S8 or the iPhone 7 with a contract on the chain’s iD network.

Halfords kicked off its Black Friday sales on the 21st November, and you can sign up here to view the best deals and enter Halfords’ Black Friday competition. They have up to 60% off some items including children’s bikes, but the deal that caught our eye was Carrera Hellcat men’s and women’s mountain bikes reduced by £180 (41%) to £250.

This year over 700 Tesco stores will participate in the event, with 187 Tesco Extras closing at 1am and reopening at 5am on Black Friday for early risers looking to snag a bargain. The online promotions can be found here, including a Marcy Antero cross trainer reduced to £129.99 from £299.99 and a Samsung fridge with a water dispenser reduced by £150 to £399.

The DIY retailer is running Black Friday deals online only, from 22 November right through until 5 December. They can be found here. Highlights include 15% off on brands such as Dulux and Bosch with code Black15 at the checkout for click and collect,  30% off selected branded power tools and 20% off ladders 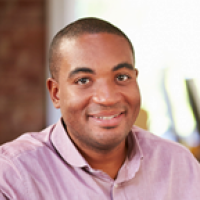 With almost 10 years of experience in the industry, Omar holds a wealth of knowledge about various financial products, continuing to adapt to the latest trends across the market. 5 Smart Ways to Save On Gifts This Christmas